Timeline of significant geological events in the Geopark Porphyry Land

The Porphyry Land possesses a wealth of rocks: unconsolidated deposits and hard rocks representing 500 million years of Earth history lie close to each other. The story of the raw materials that are extracted in the geopark today is an exciting journey into the past. 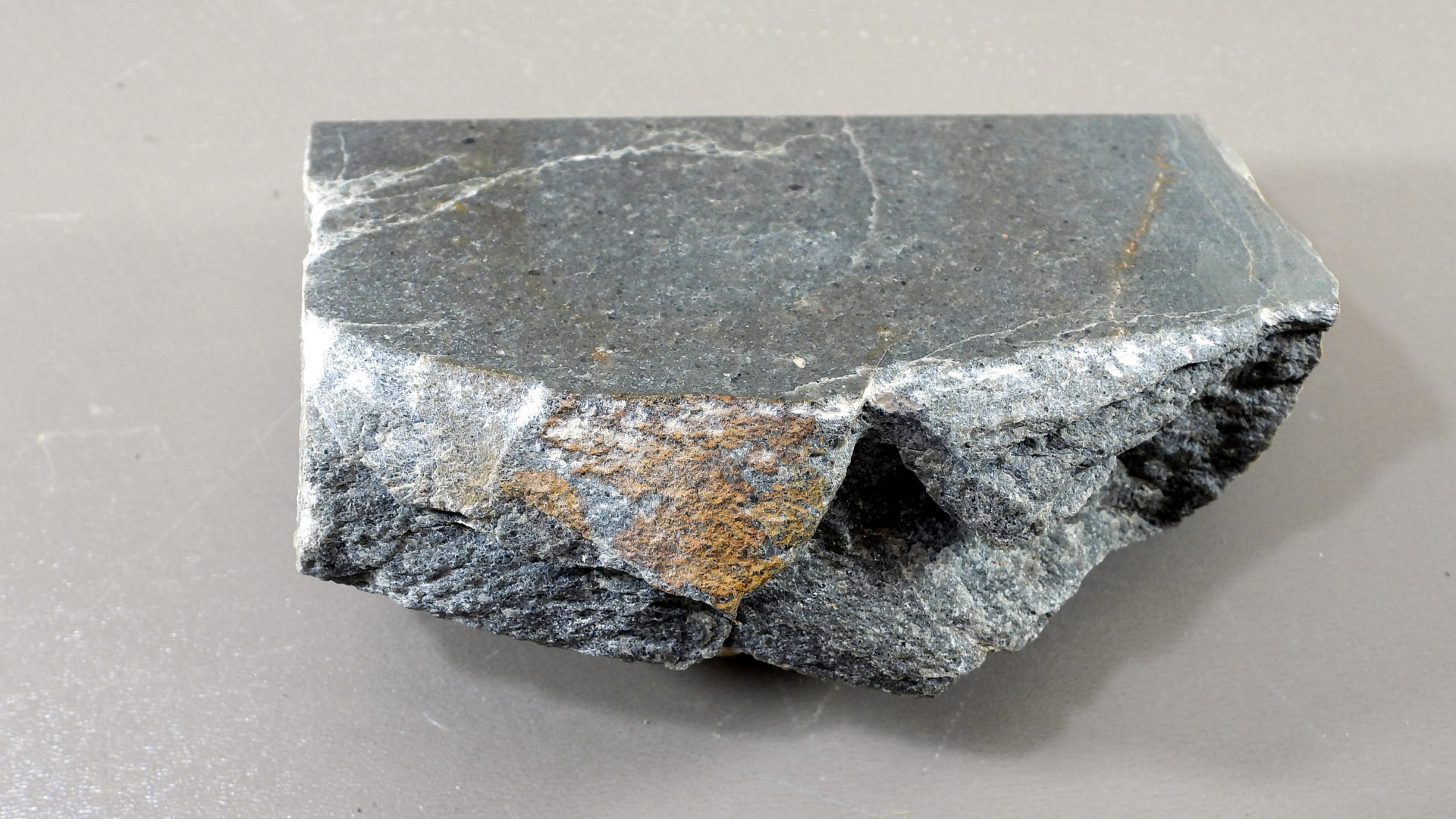 During the Cambrian around 500 million years ago and into the Ordovician, our region was covered by an ancient ocean, into which sandy, quartz-rich marine sediments were deposited. Around 320 million years ago, during the Carboniferous, mountain building processes folded these sediments into a vast mountain range. Right from the beginning this high mountain range was gradually eroded just like the Alps are today: involving factors such as weathering, mudflows and rivers. Today, the eroded remains of this mountain range form the quartzitic greywackes of the hills Collmberg near Oschatz and Deditz-Höhe near Grimma.

During the Permian, 290 million years ago, the north-west Saxon area formed a basin, which became filled with deposit. The crust beneath this area was crossed by deep fault systems, which facilitated large-scale and intense volcanism. The volcanic rocks that were expelled from a deep magma chamber are classified as porphyry, the namesake of the Geopark Porphyry Land. These rocks characterise the appearance of this region. 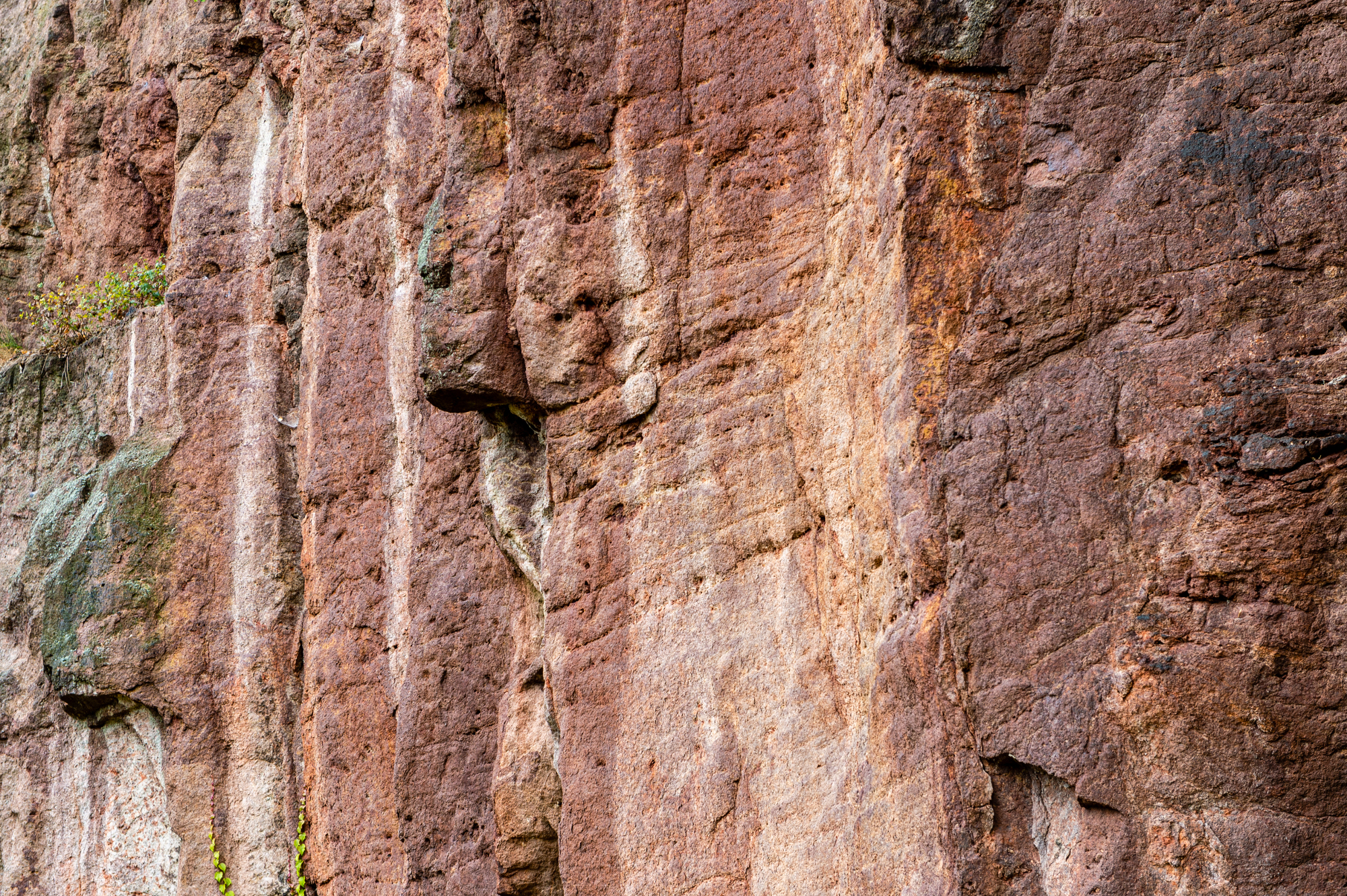 The volcanic rocks formed during this time can be differentiated according to the type of deposition: rocks of the lava flows, volcanic ash deposits (tuffs) and pyroclastic flow deposits (ignimbrites). The Leisnig Porphyry is an example of solidified lava that forms the walls of the Freiberger Mulde valley near Leisnig.

Ignimbrites cover extensive areas of the geopark. These rocks are the solidified deposits of differently hot pyroclastic flows associated with explosive volcanic eruptions. The ignimbrites known as Rochlitz porphyry that have been extensively exposed by the River Mulde between Rochlitz and Colditz, are 400 m thick and the most widely occurring volcanic deposit in the Porphyry Land. 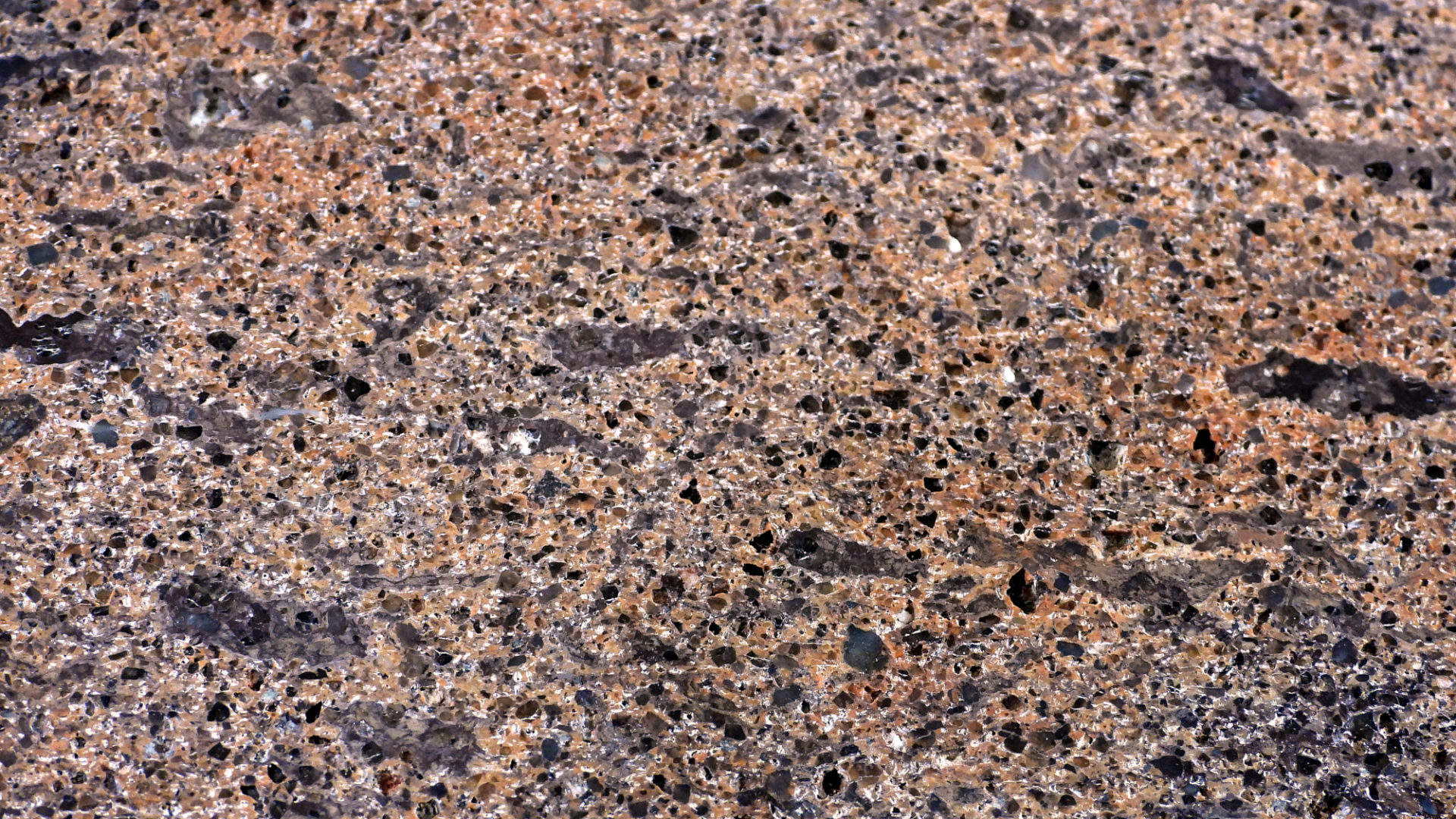 The so-called “Rochlitz Porphyry tuff“ is an ignimbrite that is only found at Rochlitz Hill and is a sought after dimension stone that has been quarried there for centuries. A different type of ignimbrite known as pyroxene quartz-porphyry, is also found extensively in the north and north-west of the Porphyry Land. Fissures in the deposits allowed magma to intrude, which solidified on its way up from the Earth’s interior, forming the so-called pyroxene granite porphyry. The most famous location where this rock is extracted is Beucha.

At the end of the Permian (Zechstein), our region was flooded by a shallow inland sea, which connected to the ocean. The saltwater evaporated in the dry and hot climate to form extensive dolomite, gypsum and salt deposits. During this time, north and north-west Saxony was located at the edge of this inland sea where river and debris flow sediments were deposited. Only the marine carbonate horizon of the Plattendolomit (slab dolomite) can be traced far into the south of the area. It has been protected from subsequent erosion in the Mügeln Basin in the north and Borna Basin in the west and is still mined in the quarries near Ostrau.

The Triassic and Jurassic rocks found in the Thuringian Basin (Triassic) and in isolated locations in the Lausitz (Jurassic), have been completely eroded in north-west Saxony. However, Lower Triassic (Buntsandstein) sandstones and conglomerates are found in the deeper layers of the Borna and Mügeln Basins and occasionally outcrop on the surface (Bad Lausick/Hopfgarten).

During the Cretaceous Era, Central Europe moved into sub-tropical climate zones as a result of continental drift. All near-surface rocks were subjected to intense chemical weathering, which converted feldspars to clay minerals forming the rock kaolin, an important raw material for the ceramics industry. During the transition from the Upper Cretaceous to Tertiary, the porphyries and ignimbrites containing high amounts of potassium feldspar developed into the kaolin deposits that are still mined today near Mügeln. 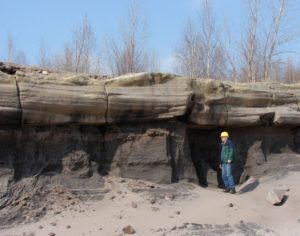 Central Europe was flooded by the North Sea during the Tertiary between 66 to 2 million years ago, a period also known as the Lignite Era. North-west Saxony was located at the south edge of this “Ur-North Sea”. The sands, silts, clays and lignite are mostly sediments deposited in the tidal zone along a shallow sea-coast as well as by rivers flowing in the hinterland. Temporary salt marshes developed into lignite deposits. Many historic records show that these isolated lignite deposits were mined throughout the Geopark region. The erosion and redeposition of the kaolin produced the Tertiary clay beds, which formed the basis for the highly differentiated ceramic industry in the geopark area.

The beginning of the Quaternary or Ice age around 2.6 million years ago was marked by rapid cooling. Central Europe was affected by periods of Arctic climate. Eventually, the Fenno-Scandian ice sheet advanced into our area during the Elster and Saale glaciations, reshaping the land surface and leaving behind thick moraine deposits. Proglacial lakes formed as the glaciers retreated that were filled with sediments such as sand, silt and varved clay. Glaciations alternated with warmer interglacials, which were marked by the accumulation of thick loess deposits in our area and the development of the so-called loess steppes. Loess is the parent material for the formation of especially fertile soils during the present interglacial, the Holocene, in the past 10,000 years The sands and gravel deposited by the rivers Elbe, Mulde or Zschopau during the ice-age are an economically important raw material source for the construction industry.