Wind Abrasion and Glacial Striations on the Kleiner Berg

Wind Abrasion and Glacial Striations on the Kleiner Berg

The glacial striations or abrasion marks are situated below the top of the small hill “Kleiner Berg” consisting of Hohburg quartz porphyry. During the glacial periods masses of ice several hundred metres thick pushed their way over the hill. The pieces of rock that were frozen into the ice scraped over the volcanic rocks under the ground and carved the striations visible today into the rocks. The giant inland glaciers of the glacial period originated in today’s Scandinavia. Additional details are contained in the geotope description of the glacial striations on Spielberg hill near Böhlitz.

During the Weichsel glacial period, 115,000 to 10,000 years ago, the inland glaciers advancing from the north no longer reached the area of the Geopark Porphyrland. Instead, vast treeless regions with permanently frozen subsoil expanded. Sand and dust blown around by high winds abraded and polished the stones (ventifacts) and rocks. The most well-known rock “processed” in this manner is the Naumann Heim Rock along the south-eastern slope of the Kleiner Berg. The grooves and small pits cut in the rock as impact marks run parallel to the direction of the wind.

Due to its geological significance, the wind and glacial striations geotope at the Kleiner Berg has been classified as a natural monument and possesses the title National Geotope. It was named after two significant geologists who had preoccupied themselves with the North German inland glaciations (glacial theory). The Saxon geologist Carl Friedrich Naumann (1797-1873) discovered the striations in the Hohburg hills in 1844 and described them as glacial striations. The Swiss glacial scientist Albert Heim (1849-1937) vehemently contested this opinion. Today there is no doubt about the question raised by the Freiberg geologist Bernhard von Cotta at the time: “Should the Nordic glaciers really have extended from the Scandinavian mountains to the hills of Wurzen? The thought gives me the chills.” 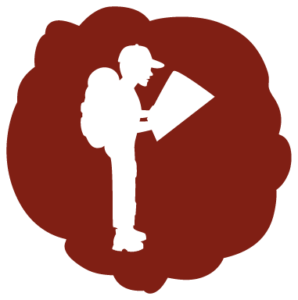 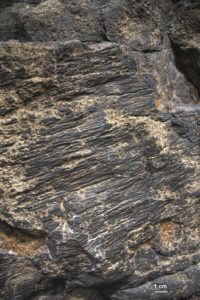 Close-up of the wind striations at the Naumann Heim Rocks, Photo: T. Witzke 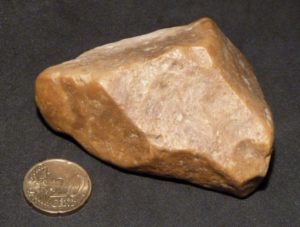 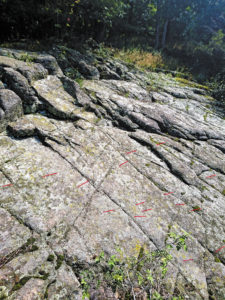 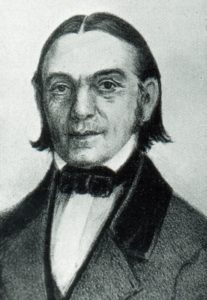 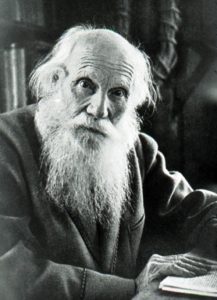